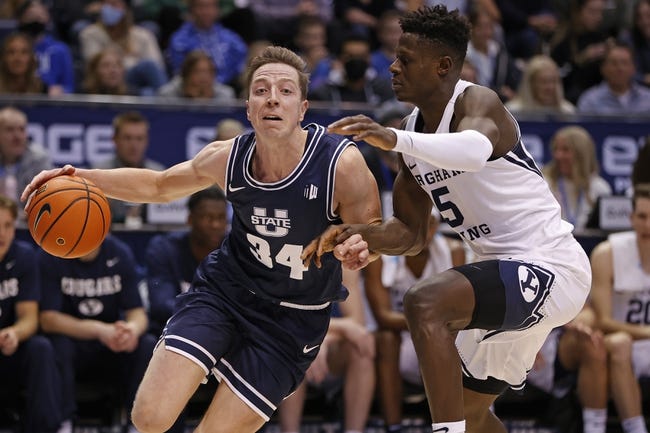 The Utah State Aggies will travel to play the Air Force Falcons in a Mountain West Conference game on Wednesday afternoon.

Air Force has had a lot of issues this season when it comes to scoring, not even scoring 60 points in six games this season. Utah State is the much better team and has the best player on the court with Justin Bean. Air Force also doesn’t rebound the ball very good and doesn’t collect many assists. I like Utah State on the road.