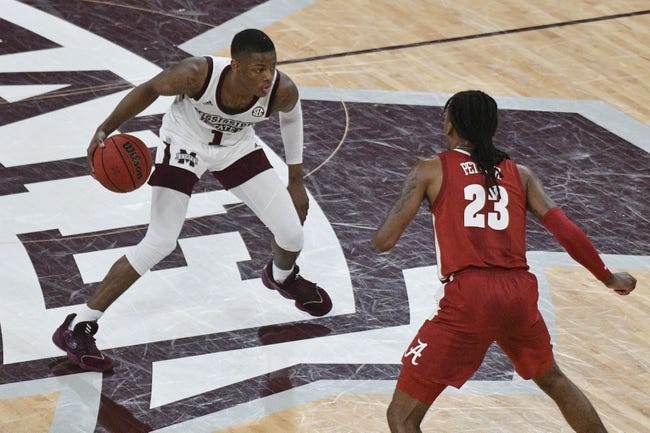 The Louisville Cardinals & Mississippi State Bulldogs will square off at the Baha Mar Convention Center this Thursday night in the Bahamas Championship.

The Louisville Cardinals won their 2nd straight game and improved to 3-1 on the season after defeating the Detroit Mercy Titans, 73-67, this past Saturday. Louisville allowed Detroit to tie game late after holding a 49-35 lead early in the 2nd half, however, the Cardinals defense was strong late and was able to take the lead for good after a Noah Locke three-pointer with 1:17 left in regulation. Louisville shot 49.1% from the field & 38.1% from beyond the arc while allowing Detroit Mercy to shoot 40.7% from the field & 36.0% from beyond the arc. Louisville lost the turnover battle by a 15-13 margin, however, outrebounded the Titans by a 37-33 margin in the victory. Leading the way for the Cardinals was Dre Davis who had 18 points, 9 rebounds, 1 assist, & 2 steals.

Defensively, Louisville is allowing their opponents to average 66.8 ppg on 38.1% shooting from the field. The Cardinals have a rebound margin of 2.8 and a turnover margin of 0.2.

Defensively, Mississippi State is holding their opponents to an average of 52.0 ppg on 34.2% shooting from the field. The Bulldogs have a rebound margin of 13.2 and a turnover margin of 1.8.

Louisville picked up some decent wins against Navy & Detroit Mercy after losing at home against Furman, however, I just don’t this is a great Cardinals team as the offensive still seems lack-luster while the defense hasn’t been as dominant as we’ve seen in recent years. Mississippi State hasn’t played much in competition to date, however, this is still a defense that ranks 7th in scoring defense and has shot the ball well as they currently rank 14th in FG% & 3rd in 3P-FG%. I think Mississippi State is the better team in this one and as I think their defense is going to give Louisville a bunch of trouble, I’m taking the Bulldogs to cover this small spread.