The Gonzaga Bulldogs and Baylor Bears face off on Monday in the National title game at Lucas Oil Stadium.

For the last few months this was the game that many believed could be the National Title game and now it has come true.

The Gonzaga Bulldogs haven’t had a whole lot of tests this season but on Saturday against UCLA. For a lot of the game it looked like Gonzaga’s dream season might end and they gave UCLA too many chances. It took a Jalen Suggs buzzer beater from near center court as time expired to advance to the title game. All season the Bulldogs offense has been strong and for the most part hte defense was good too, but on Saturday, that almost let them down. Including overtime, Gonzaga gave up 90 points and in thsi game the defense is going to need to be a whole lot better.

The Baylor Bears have been one of the best teams in the country all season and they had very little issues getting the job done against the Houston Cougars on Saturday. At halftime, Baylor was up 45-20 and in the second half they didn't take their foot off the gas much as they were able to come away with the blowout victory. Baylor used a balanced attack with five different players scoring at least 11 points. Jared Butler was the star of the show finishing the game with 17 points and he was hot from behind the three point line. The defense was good against Houston, and if they want to come away with the victory in this game, it’s going to be important that the defense steps up and makes scoring tough. A shootout is probably not what Baylor wants in this one.

Gonzaga’s defense was an issue in the last game and I don’t expect it’s going to change in this game. Look for plenty of scoring by both teams, a pace that is quick, and for the over to cash with ease.

Get Premium Picks Start Winning Now »
The pick in this article is the opinion of the writer, not a PickDawgz site consensus.
Previous Pick
UCLA at Gonzaga: 4/3/21 NCAA Tournament College Basketball Picks and Predictions 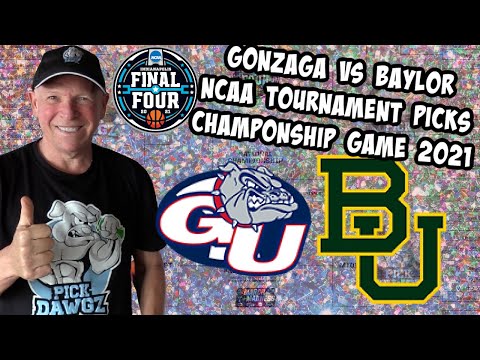