The Gonzaga Bulldogs and UCLA Bruins face off in the NCAA Tournament Final Four on Saturday at Lucas Oil Stadium,

The UCLA Bruins had quite the interesting path to get to this point but they are here now, and are one win away from playing for a national title. This is a team that looked like it was going to lose to Michigan State in the play in game before an impressive comeback. Since that point, UCLA has beaten BYU, Abilene Christian, Alabama, and Michigan. In the last game against Michigan it was the defense that was the difference giving up only 49 points. Johnny Juzang is the star of the show for UCLA and in the last game against Michigan he put up 28 points in 37 minutes of play.

The Gonzaga Bulldogs were the favorites coming into the tournament and heading into the Final Four there is no difference. Gonzaga has looked dominant all season and in the tournament that has been the case too. In the last game for Gonzaga against USC. It was the offense that was once again the difference putting up 85 points as the Bulldogs cruised to a victory. Gonzaga was led by forward Drew Timme who finished the game putting up 23 points, five rebounds and four assists. Corey Kispert and Jalen Suggs were also strong putting up 18 points each. In this game for Gonzaga it again will be about pushing the pace and running up the score. If this game is a shootout, Gonzaga will be in good shape to come away with the victory.

This is a big number to lay in the Final Four, but it doesn’t matter, Gonzaga is the better team and will have no issue getting the job done. Gonzaga is going to run up the score and UCLA will have no answer. Back Gonzaga against the spread. 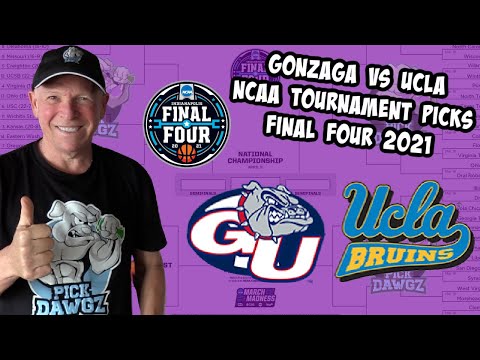