Houston was able to beat the famous Boeheim 2-3 zone on Saturday night in the Cougars' win over Syracuse. Houston beat Syracuse by the final score of 62-46, as its top-tier defense reigned supreme in the Sweet 16. Houston is now dancing to the Elite 8 for the first time since the 20th century as well. Houston has beaten Cleveland State, Rutgers, and Syracuse to reach this game against another Power 5 opponent. Houston's leading scorer this season has been G Quentin Grimes, who has scored 18.0 points per game for the Cougars. Houston as a team has scored 76.9 points per game and has shot the ball at a 44.1% clip from the field. Houston has also allowed 54.0 points per game to its opponents as well.

Houston opens as an 8.5-point favorite and the total is set at 131. I think Houston will win this game, but I am not willing to lay 8.5 points. I think the strongest play is on the under here, as both team's defenses shined in the Sweet 16 and I would not be surprised to see more of the same in the Elite 8. 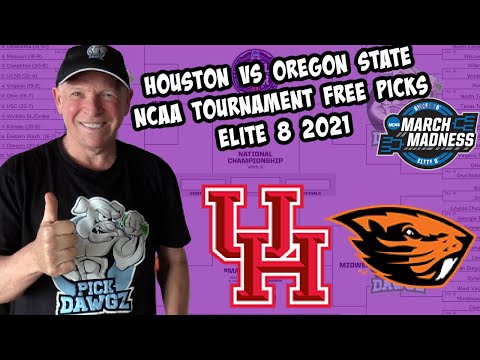