The Gonzaga Bulldogs and Creighton Bluejays face off in a Round of 16 NCAA Tournament college basketball showdown at Lucas Oil Stadium.

On the other side of this matchup is the Creighton Bluejays who have beaten UCSB and Ohio so far in this tournament. In the last game against Ohio, Creighton’s defense was strong giving up only 58 points, and in this game, they are going to need that defense to be strong again. Creighton on the season is averaging 76.5 points per game while their defense is giving up 68.1 points per game. Creighton is shooting 47.5 percent from the field and 36.4 percent from behind the three point line. Creighton is going to be tested in this game, and if they want any chance the defense is going to need to be good from the early. Guard Marcus Zegarowski has been the best player for Creighton averaging 15.6 points while shooting 46.7 percent from the field .

Gonzaga is the better team and they are going to have no issue getting the job done in this game. Look for Creighton’s defense to struggle and that will be the difference as Gonzaga covers the spread. Back Gonzaga against the spread. 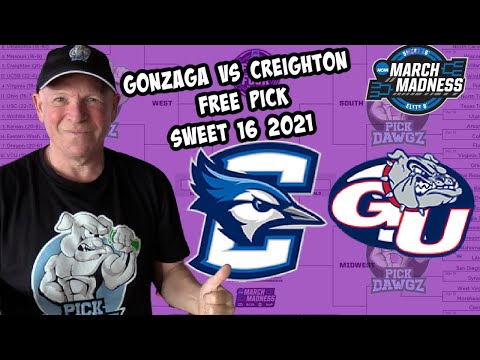