The Oregon Ducks and Iowa Hawkeyes face off on Monday in a Round of 32 college basketball showdown at Lucas Oil Stadium.

The Oregon Ducks got a free pass into this round after VCU had some positive tests and they were given the first round bye. Overall this season Oregon sits with a 21-6record overall and coming into this game they have won six of their last seven games. The one loss during that stretch came in their last game against the Oregon State Beavers. Oregon currently is averaging 71.6 points per game while their defense is giving up 64.9 points per game. Eugene Omoruyi hasbeen the best player for Oregon this season averaging 16.7 points while shooting 47 percent from the field and 38.4 percent from behind the three point line.

On the other side of this matchup is theIowa Hawkeyes who sit with a 22-8 record overall and they were able to beat Grand Canyon on Saturday. The offense was strong much like it has been most of the season putting up 86 points and that led to the victory. Iowa on the season is averaging 83.8 points per game while their defense is giving up 72 points per game. Iowa is shooting 47.1 percent from the field and 38.8 percent from deep. Center Luka Garza is the star of the team and he currently is averaging 23.7 points while shooting 54.7 percent from the field and 49.7 percent from behind the three point line. 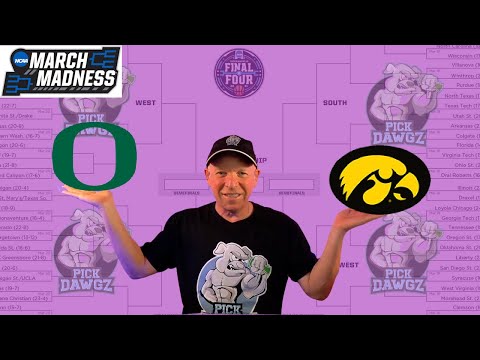