The Colorado Buffaloes and Florida State Seminoles will square off this Monday in the 2nd round of the East Region in the NCAA Tournament.

The 5-seed Colorado Buffaloes (23-8) had no issues advancing to the 2nd round of the NCAA Tournament after defeating the 12-seed Georgetown Hoyas, 96-73, on Saturday afternoon. Colorado had one of their best performances of the season on the offensive end and had no trouble picking up the victory after going into halftime with a 47-23 lead. Colorado shot 60.7% from the field and 64.0% from beyond the arc while Georgetown shot 39.7% from the field and 33.3% from beyond the arc. Colorado was outrebounded by Georgetown by a 29-28 margin while both the Buffaloes and Hoyas each committed 12 turnovers. Leading the way for the Buffaloes was McKinley Wright IV who had a double-double with 12 points, 13 assists, & 5 rebounds.

Defensively, Colorado is holding their opponents to an average of 63.3 ppg on 41.9% shooting from the field. The Buffaloes have a rebound margin of 4.2 and a turnover margin of 2.0.

Defensively, Florida State is allowing their opponents to average 70.3 ppg on 39.8% shooting from the field. The Seminoles have a rebound margin of 4.5 and a turnover margin of -0.5.

Florida State is a solid team, however, it’s hard not to like the Buffaloes as they have the perfect recipe for a deep run in the tournament as they have a defense that can keep people off the scoreboard, an offense that hits threes and knock down over 82% of their FT’s, and a great point guard in McKinley Wright IV. Florida State has a good offense, however, it was a bit concerning seeing them struggle from beyond the arc and as I think the Buffaloes will have success offensively against the Seminoles 180th ranked scoring defense, I think the play here is to take Colorado to win this one outright. Good Luck! 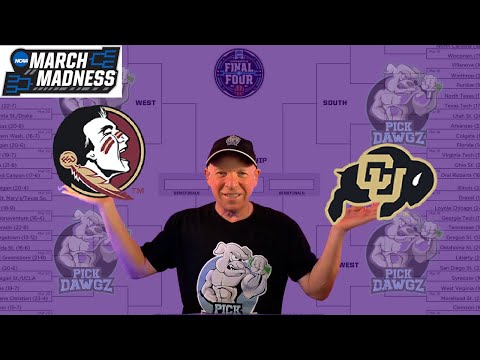