The Abilene Christian Wildcats and UCLA Bruins face off on Monday in a Round of 32 NCAA Tournament at Bankers Life Fieldhouse.

The Abilene Christian Wildcats come into this game with a 24-4 record overall and in the first game they pulled off the upset over the Texas Longhorns. In that game against Texas the defense was strong giving up 52 points, and it was two clutch free throws in the end that sealed the game. The Wildcats were led by Joe Pleasant and Coryon Mason who both scored 11 points. On the season Abilene Christian is averaging 75.3 points per game while their defense is giving up 61.3 points per game. Center Kolton Kahl has been the best player for Abilene Christian averaging 12 points while shooting 54.1 percent from the field.

On the other side of this matchup is the UCLA Bruins who have played two games so far in the tournament and looked good in both of them. After beating Michigan State in the first game, they defeated BYU on Saturday. The defense was strong in the last game giving up only 62 points and that led to the victory. UCLA on the season is averaging 73.3 points per game while their defense is giving up 68.7 points per game. UCLA is shooting 46.3 percent from the field and 37.4 percent from behind the three point line. Johnny Juzang has been the best player for UCLA and coming into this game he is averaging 15 points while shooting 42.7 percent from the field. 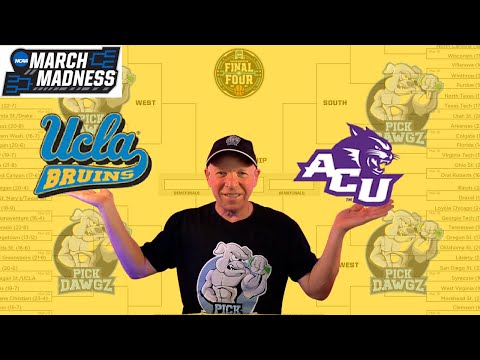