The Texas Tech Red Raiders and Arkansas Razorbacks face off on Sunday in their Round of 32 NCAA Tournament college basketball game at Lucas Oil Stadium.

The Texas Tech Red Raiders have a 19-10 record overall and they had very little trouble with Utah STate in the first game. The defense was strong giving up only 53 points and that led to a 12 point victory. Texas Tech was actually trailing at halftime, but in the second half they had very little issues coming away with the victory after outscoring Utah State 42-27. Texas Tech was led by a balanced attack but it was Mac McClung who led the scoring finish with 16 points. Texas Tech on the season is averaging 72.8 points per game while their defense is giving up 63 points per game. Mac McClung has been the best player for Texas Tech averaging 15.7 points while shooting 42.3 percent from the field.

Arkansas is going to push the pace and that is going to cause Texas Tech all kinds of issues. Look for Arkansas to run up the score and they will come away with a win and a cover of the spread. 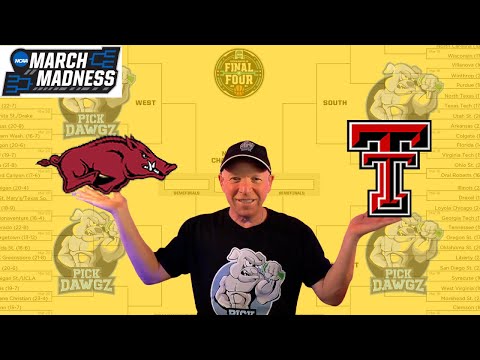