The Syracuse Orange will be facing the West Virginia Mountaineers in the second round of the NCAA tournament. Both teams cruised to convincing victories in their first round games.

The Syracuse Orange upset the San Diego State Aztecs in their first tournament game, winning 78-62. The Orange shot 55% from the field and three, while holding the Aztecs to 35.8% shooting. Buddy Boeheim erupted for 30 points to lead the Orange. Syracuse has gone 7-3 in their last ten games, and have scored at least 70 points in all but one. The Orangemen are averaging 75.9 points per game and allowing 70.4 to their opponents. They have an impressive 1.3 assist-turnover ratio, and assist on 56.5% of their field goals. Syracuse shoots 44.1% from the field, and 33.9% from deep. Buddy Boeheim leads the team with 17.7 points per game, and has shot 39.1% from three.

West Virginia heads into this matchup after beating Morehead State 84-67 to start their tournament. Both teams shot over 50% from the field and three point range, but West Virginia won the turnover battle 18-6 which turned out to be the difference in the game. Miles McBride had another great game for the Mountaineers, leading the team with 30 points. West Virginia is 6-4 in their last ten games, with all four losses coming against ranked opponents. The Mountaineers are averaging 77.5 points per game, and allowing 71.9 to the opposition. They have a 1.1 assist-turnover ratio, and have assisted on 52.4% of their field goals. They shoot 42.8% from the field, and 35.7% from three. Miles McBride leads the team with 16 points per game. Derek Culver has been just as much of a factor, averaging 14.5 points and 9.7 rebounds this season.

Both of these teams looked good in the first round, which should make for an entertaining game in this one. Ultimately the edge has to go to West Virginia. All of their losses this season have come against teams that were ranked in the top 25 at one point. This game can really go either way, but the Mountaineers have been the more consistent team. This is a game I would stay away from, but West Virginia is the safer play. Give me the Mountaineers to cover. 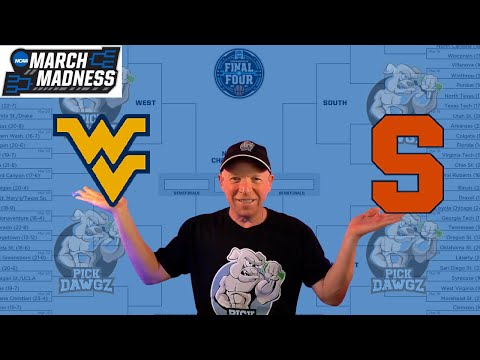