The Loyola-Chicago Ramblers and Illinois Fighting Illini will square off at Bankers Life Fieldhouse this Sunday afternoon in the 2nd round of the Midwest Region in the NCAA Tournament.

Defensively, Loyola Chicago is holding their opponents to an average of 55.5 ppg on 40.7% shooting from the field. The Ramblers have a rebound margin of 5.0 and a turnover margin of 2.0.

The 1-seed Illinois Fighting Illini had no trouble advancing to the 2nd round after easily defeating the 16-seed Drexel Dragons, 78-49, on Friday afternoon.  Illinois dominated Drexel on both ends of the court throughout the game and had no trouble pulling away in the 2nd half after taking a 39-21 lead into halftime. Illinois shot 57.1% from the field and 28.6% from beyond the arc while holding Drexel to just 30.6% shooting from the field and 35.0% from beyond the arc. Illinois outrebounded Drexel by a 40-32 margin and won the turnover battle by a 11-5 margin in the victory. Leading the way for the Fighting Illini was Kobi Cockburn who had 16 points, 9 rebounds, & 1 block.

Defensively, Illinois is allowing their opponents to average 69.2 ppg on 41.2% shooting from the field. The Fighting Illini have a rebound margin of 10.1 and a turnover margin of -1.6.

Loyola Chicago was able to get a nice win against Georgia Tech, however, it was a bit concerning to see the Ramblers allow the Yellow Jackets shoot over 57.0% from the field without their best player in Moses Wright. Illinois has looked incredible over the past month and did not disappoint against Drexel as their solid defense and fast paced offense was way too much for the Dragons to handle. Loyola Chicago will try to control the tempo of this game, however, Illinois just has too many offensive weapons for the Ramblers to handle and between the fact that Illinois has one of the best duos in College Basketball in Ayo Dosunmu & Kofi Cockburn and that I think they will be able to find some cracks against the Ramblers defense, I think the play here is to take Illinois to cover this mid-range spread. Good Luck! 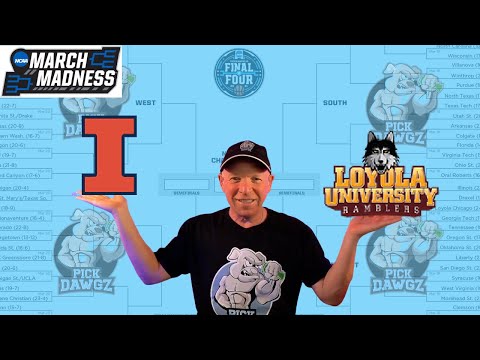