The St. Bonaventure Bonnies and LSU Tigers will square off at Simon Skjodt Assembly Hall this Saturday in the 1st round of NCAA Championship in the East Region.

Defensively, St. Bonaventure is holding their opponents to an average of 60.4 ppg on 38.9% shooting from the field. The Bonnies have a rebound margin of 4.3 and a turnover margin of 1.6.

The 8-seed LSU Tigers come into the NCAA Tournament with an overall record of 18-9 while finishing conference play with a 11-6 record. LSU earned the 3-seed in the SEC Championship and was able to pick up wins against Ole Miss & Arkansas, however, the Tigers came up short in the SEC Championship game as they dropped to close 80-79 game to the top-seeded Alabama Crimson Tide this past Sunday. In a tight game late in the 2nd half, LSU had a chance to win it at the end however, Trendon Watford three-pointer came up short while Aundre Hyatt could not convert a putback attempt as time expired. LSU shot 40.5% from the field and 37.0% from beyond the arc while Alabama shot 43.4% from the field and 33.3% from beyond the arc. LSU won the turnover battle by a 9-5 margin, however, was outrebounded by Alabama by a 50-43 margin. Leading the way for the Tigers was Trendon Watford who had 30 points, 8 rebounds, 2 assists, & 2 steals.

Defensively, LSU is allowing their opponents to average 75.3 ppg on 41.9% shooting from the field. The Tigers have a rebound margin of 0.2 and a turnover margin of 1.7.

St. Bonaventure had been led by their outstanding defense that comes into this game ranked 5th in scoring defense & 8th in defensive FG%, however, it is going to be a challenge for the Bonnies to slow down a very athletic LSU offense which currently ranks 8th in scoring offense & 59th in FG%. LSU will have their hands full in this game, however, between the fact that the Bonnies do not have much depth and will wear down as the game does on and that Bonnies offense will not be able to keep up with the Tigers, I think the play here is to take LSU to cover this small spread. Good Luck! 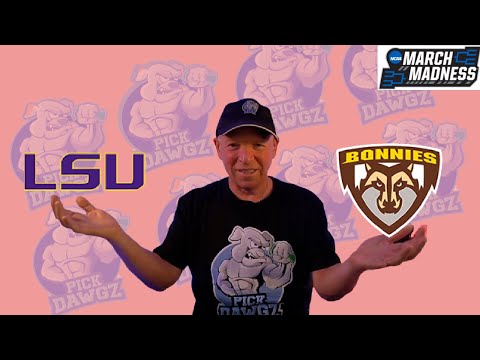