Gonzaga is the #1 overall seed in the NCAA Tournament this season and for good reason. The Zags are the only undefeated team left in the nation at 26-0, as the second-highest win percentage comes from the Big South in the form of Winthrop. Gonzaga has had absolutely no problems this season, beating teams like Kansas, Auburn, West Virginia, Iowa, and Virginia in non-conference play, and also taking care of business in WCC play. Gonzaga was given a game by BYU in the conference tournament, but the Bulldogs were able to pull away in the end. Gonzaga's leading scorer is F Corey Kispert, who has scored 19.2 points per game for the Bulldogs. Gonzaga as a team has scored 92.1 points per game, has earned 37.9 rebounds per contest and has earned 69.1 points per game to its opponents as well.

Gonzaga opens as a 34-point favorite and the total is set at 155.5. Gonzaga is going to win this game, the only question is, by how many? I think Norfolk State's offense can at least keep this game respectable, and I do like that the Spartans got their feet wet in NCAA Tourney play on Thursday, and I think they catch a cover here. 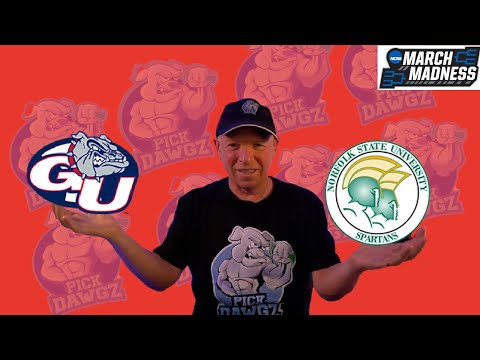