The Missouri Tigers and Oklahoma Sooners will square off at Lucas Oil Stadium this Saturday in the 1st round of the NCAA Championship in the West Region.

The 9-seed Missouri Tigers come into the NCAA Championship with an overall record of 16-9 while finishing conference play with an 8-8 record. Missouri earned the 7-seed in the SEC Championship and was able to defeat the 10-seed Georgia Bulldogs in the 2nd round, before falling to the 2-seed Arkansas Razorbacks, 70-64, in the quarterfinals this past Friday. Missouri led by a 33-32 margin at halftime, however, the Tigers defense struggled in the 2nd half and Missouri could not fight back after the Razorbacks took a 60-50 lead with 5:04 left in regulation. Missouri shot 42.3% from the field and 33.3% from beyond the arc while Arkansas shot 45.5% from the field and 33.3% from beyond the arc. Leading the way for the Tigers was Kobe Brown who had 6 points, 11 rebounds, 1 assist, 2 blocks, & 3 steals.

Defensively, Missouri is allowing their opponents to average 71.9 ppg on 43.1% shooting from the field. The Tigers have a rebound margin of 0.3 and a turnover margin of -0.4.

The 8-seed Oklahoma Sooners come into the NCAA Championship with an overall record of 15-10 while finishing conference play with a 9-8 record. Oklahoma earned the 7-seed in the Big-12 Championship and although the Sooners got by the 1st round, defeating the Iowa State Cyclones by a 79-73 margin, the Sooners could not get pass the quarterfinals after being defeated by the 2-seed Kansas Jayhawks, 69-62. Oklahoma was able to fight back from a 35-15 halftime deficit to make it a game in the 2nd half, however, could not fight back after the Jayhawks took a 65-60 lead with 1:36 left in regulation. Oklahoma shot 46.9% from the field and 50.0% from beyond the arc while Kansas shot 46.4% from the field and 36.4% from beyond the arc. Leading the way for the Sooners was Austin Reaves who had 19 points, 7 rebounds, 3 assists, & 1 steal.

Defensively, Oklahoma is allowing their opponents to average of 69.2 ppg on 42.1% shooting from the field. The Sooners have a rebound margin of 0.0 and a turnover margin of 2.1.

Missouri struggled a bit at the end of the regular season, however, this is a team that showed that they have the talent to beat pretty much everyone with their impressive victories at Arkansas, at Tennessee, and at home against Alabama. Oklahoma has really struggled since late February as the Sooners come in losing 5 of their last 6 games and have struggled a bit defensively this season as they come into this game ranked just 142nd in scoring defense & 187th in rebound margin. Missouri does not stand on statistically, however, this is a tough team on both ends of the court and as I just do not like what I have seen from Oklahoma over the past few weeks, I think the play here is to take Missouri and the points. Good Luck! 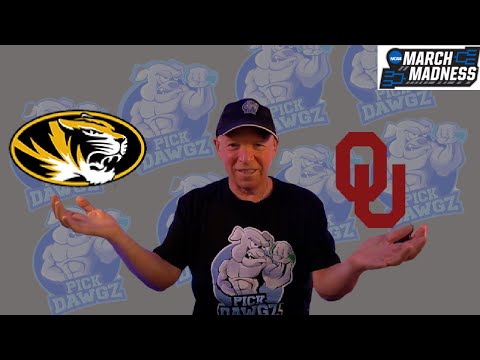