The Iona Gaels and Alabama Crimson Tide face off on Saturday in an NCAA Tournament college basketball showdown at Hinkle Fieldhouse.

The Iona Gaels finished in 3rd place in the conference standings for the regular season, but they won the  MAAC postseason tournament and that led to the victory. Iona sits with a 12-5 record overall and coming into this game they have won six games in a row. In the last game against Fairfield the defense was elite giving up only 51 points and that led to a nine point victory. This is a Rick Pitino led squad, and finding success early in this one will be important. Isaiah Ross has been the best player this season for Iona averaging 18.4 points while shooting 45.5 percent from the field and 39.1 percent from behind the three point line.

Iona is hot at the right time and I expect their defense is going to step up. It might not be enough to win, but Iona is going to come away with a cover of the spread. In terms of the total it's a lean to the under, but the stronger play is with the side. 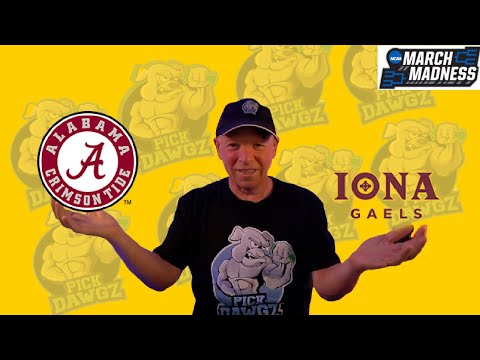