Iowa was of course the 5th ranked team entering the NCAA Tournament and the Hawkeyes were given a #2 seed in the bracket. Iowa had a 21-8 record with a 14-6 Big Ten conference record this season. Iowa started the season by winning its first six games, and its first loss of the season was an acceptable one against a little team named Gonzaga. Iowa's most impressive win this season was a victory over Ohio State on February 28th. Iowa's worst loss this season came at the hands of Minnesota in overtime on Christmas Day. Iowa is led by the college player of the year in C Luka Garza, who scored 23.7 points per game and earned 8.8 rebounds per contest for the Hawkeyes. Iowa as a team has scored 83.8 points per game, has earned 40.1 rebounds per contest and has allowed 71.9 points per game to its opponents as well.

Iowa opens as a 14.5-point favorite and the total is set at 145. If there was a #2 seed to fall in the first round, to me it would be Iowa based on its draw. Grand Canyon to me is a #14 seed, maybe even a #13 seed. Putting a team that had so much offensive and defensive success at #15 is risky, and Iowa cannot overlook the Antelopes here. I will take Grand Canyon and the points in a game that I could see being decided by single digits. 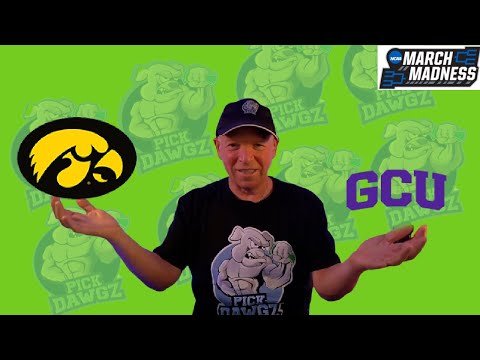