The Drake Bulldogs and USC Trojans face off on Saturday in a college basketball showdown at Bankers Life Fieldhouse.

The Drake Bulldogs have been banged up, but they are getting healthy and they now hope to make a run in the NCAA Tournament. Drake played in the Round of 68 game, against the Wichita State Shockers, and although it wasn’t the most impressive win, they were able to win by a point. Guard Joseph Yesufu was the best player for Drake in the last game putting up 21 points, three assists,and two rebounds. Drake on the season is averaging 75.4 points per game while their defense is giving up 64.6 points per game. ShanQuan Hemphill has been the best player for Drake so far this season averaging 12.4 points while shooting 58.3 percent from the field and 33.3 percent from behind the three point line.

On the other side of this matchup is the USC Trojans who sit with a 22-7 record overall and coming into this game they have won three of their last four games. The only loss during that stretch was in their last game against Colorado, a game they were defeated by two points in. USC on the season is averaging 74.8 points per game while their defense is giving up 65.1 points per game. Forward Evan Mobley has been the best player for USC averaging 16.8 points while shooting 58.4 percent from the field and 31.4 percent from behind the three point line. Tahj Eaddy has also been a strong player for the team averaging 13.7 points while shooting 44.9 percent from the field.

This is a Drake team that is confident and they can make games ugly. I am not sure it’s going to be enough to come away with a victory but they are going to find a way to keep this game close. Back Drake against the spread. 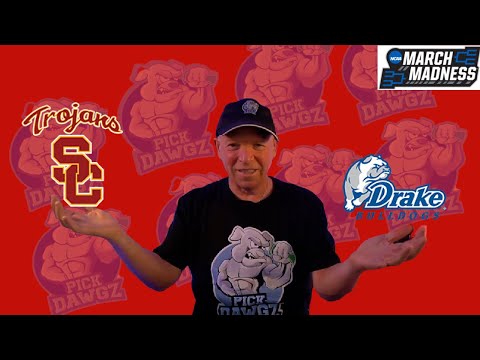