The Memphis Tigers will be facing the Dayton Flyers this Saturday in the first round of the NIT tournament. The two teams did not play during the regular season.

Memphis comes into this game having gone 7-3 in their last 10 after losing to Houston in the American Conference semifinals. Memphis finished the season 16-8 overall. They have averaged 72.1 points per game and allowed just 62.9 to their opponents this season. Memphis is 10th in the nation with 9 steals per game, and 18th with 4.88 blocks. The Tigers have shot 44% from the field, 35.4% from deep, but only 62.1% from the line. They own a .98 assist-turnover ratio. Landers Nolley II leads the team with 12.6 points per game. DeAndre Williams has chipped in with 11.2 points and 5.8 rebounds per game.

The Dayton Flyers had an average finish to the season, going 5-5 in their last ten games. They finished the season 14-9 overall. Dayton lost last time out 73-68 against VCU in the A10 Tournament Quarterfinals. For the season the Flyers have averaged 70.2 points per game and have given up 67.7 to the opposition. They have shot the ball well, hitting 47.6% of their shots and 37.4% from deep. They have a .94 assist to turnover ratio, and have assisted on 55.7% of their makes. Jalen Crutcher has led the offense with 18.1 points per game, and 4.8 assists. Jordy Tshimanga has averaged 8 rebounds per game to lead the team.

Memphis ended the season playing their best ball, but came up short against Houston twice in their last 5 games, the latter time ending their tournament hopes. If it was not for those two tight losses, the Tigers would likely be in the Tournament. Dayton has also been solid all season, and own two victories over Saint Louis, who was one of the First Four out. However they have not been tested by a defense like Memphis. The Tigers should cruise to an easy win here. Give me Memphis to cover. 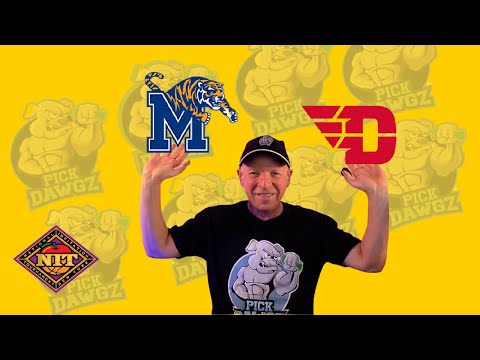