The Abilene Christian Wildcats will face the Texas Longhorns Saturday in the first round of the NCAA tournament. The Wildcats earned a bid with an impressive run to win the Southland Championship.

Texas finished the season ranked 9th in the nation. They were 19-7 overall while playing in a competitive Big 12 conference, and won their last 5 games of the season. Texas came away with a 91-86 victory over a streaking Oklahoma State team in the Conference final. Texas has averaged 75.2 points per game, and allowed 68.8 to thier opponents. The Longhorns have shot 45.4% from the field, 35.6% from three and 70.8% from the line on the year. They have a .92 assist to turnover ratio, and assist on 50% of their field goals. They are 49th in the nation with 38.7 rebounds per game. Andrew Jones leads the team with 14.6 points per game. Matt Coleman III has been a factor with 13.3 points and 4.1 assists per game.

Abilene Christian finished the season winning 12 of their last 13, capped off with a 79-45 victory over the Nicholls Colonels in the Southland final. They did not lose consecutive games all season, finishing with a 23-4 record overall. The Wildcats were competitive in their one game against a ranked opponent, falling 51-44 on the road against a solid Texas Tech team. Abilene Christian is averaging 77.6 points per game, and allowing 60.5 to their opponents. They are shooting 46% from the field, 35.3% from deep, but just 67.3% from the line. The Wildcats are assisting on 65.5% of their field goals, and own an impressive 1.31 assist to turnover ratio. Center Kolton Kohl leads the team with 12.3 points per game to go along with 4.5 rebounds. Joe Pleasant has also done well from the forward spot, averaging 10.8 points and 5.4 rebounds per game.

Both teams ended the season playing some great basketball, with Texas playing in a more competitive conference. I do expect that to give the Longhorns the edge, but the Wildcats are no joke. They are 5th in the nation with 18.2 assists per game, and have a plethora of shooters who can stretch the floor. They are also solid on the interior, so will be able to compete with the Longhorns down low. Texas has a potent offense and if they are on point, they can blow this team away. However I expect this gritty Wildcats team to be up to the task and keep this thing competitive. Give me Abilene Christian to cover. 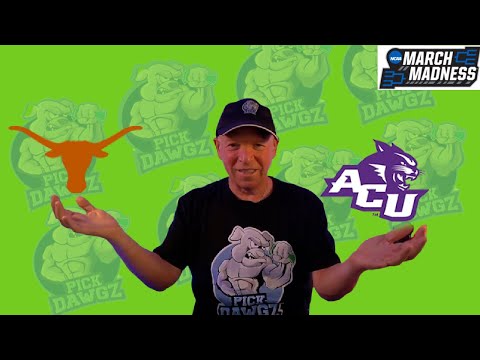