The Virginia Tech Hokies and Florida Gators meet Saturday in the college basketball NCAA Tournament First Round at the Hinkle Fieldhouse.

The Virginia Tech Hokies are probably the more balanced team and they can be dangerous if those shots are falling from the outside. However, the Florida Gators are the better coached team, have improved greatly on the offensive side over the last month or so, and they'll have the best player in this contest in Mann. I'll take my chances with the Gators in this toss up contest. 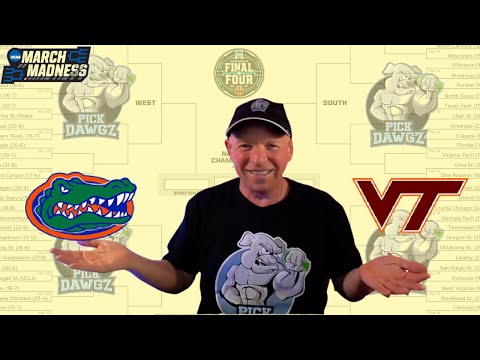