The Colgate Raiders and Arkansas Razorbacks will square off at Bankers Life Fieldhouse in the 1st round of the NCAA Tournament in the South Region.

The 14-seed Colgate Raiders finished their regular season with an overall record of 14-1 while finishing conference play with an 11-1 record. Colgate earned the 2-seed in the Patriot League Championship and was able to secure an automatic bid after defeating the 9-seed Loyola (MD) Greyhounds, 85-72, in the Championship game last Sunday. Colgate was lights out on the offensive end against Loyola (MD) and had no trouble securing the victory after taking a 65-48 lead midway through the 2nd half. Colgate shot 52.5% from the field and 60.9% from beyond the arc while Loyola (MD) shot 46.8% from the field and 22.7% from beyond the arc. Leading the way for the Raiders was Tucker Richardson who had 17 points, 5 rebounds, 4 assists, & 1 steal.

Defensively, Colgate is allowing their opponents to an average of 68.6 ppg on 40.8% shooting from the field. The Raiders have a rebound margin of 4.7 and a turnover margin of 2.0.

The 3-seed Arkansas Razorbacks finished their regular season with an overall record of 22-6 while finishing conference play with a 13-4 record. Arkansas earned the 2-seed in the SEC Championship and defeated the 7-seed Missouri Tigers in the quarterfinals, before falling to the 3-seed LSU Tigers by a 78-71 margin in the semifinals this past Saturday. Arkansas struggled defensively against LSU and could not fight back after the Tigers took a 64-52 lead with 7:37 left in regulation. Arkansas shot 41.5% from the field and 23.1% from beyond the arc while LSU shot 42.4% from the field and 47.4% from beyond the arc. Leading the way for the Razorbacks was Moses Moddy who had 28 points, 9 rebounds, 1 assist, & 2 steals.

Defensively, Arkansas is allowing their opponents to average 70.7 ppg on 41.5% shooting from the field. The Razorbacks have a rebound margin of 4.2 and a turnover margin of 2.2.

This should be a fun game to watch as both offenses know how to put up a bunch of points and we should be ready to see an exciting fast-paced game. Colgate did not play near the level of competition that Arkansas did throughout the season, but make no mistake, the Raiders are a very good team that comes into this game ranked 2nd in scoring offense, 7th in FG%, & t-3rd in 3P-FG%. Arkansas comes into this game ranked 7th in overall scoring offense, but their defense also can give up some points as they come into this game ranked 188th in scoring defense. Arkansas is a very good team, however, the Razorbacks did most of their damage on their home court as they are just 5-4 on the road and 1-1 at neutral sites and as I think Colgate is going to give the Razorbacks all they can handle, I think the play here is to take the Raiders and the points. Good Luck! 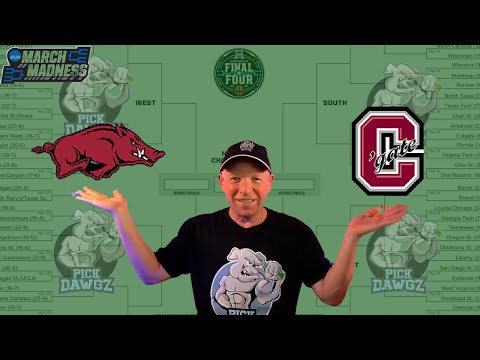