UCLA and Michigan State are apart of the "last four in" in this year's NCAA Tournament. The two teams will meet this Thursday to decide which team goes to the Round of 64, and which team's season ends.

UCLA had a very solid season out of the PAC-12 this year, posting a 17-9 record overall. UCLA started its season with a loss to San Diego State but quickly rebounded for five straight wins which included victories over Marquette, Cal, and Pepperdine. UCLA's most impressive win this season has to be its win over Colorado at home on January 2nd. UCLA's worst loss this year was a road loss to Washington State, which is not too shabby at all. UCLA's leading scorer this season was G Jonny Juzang, who scored 14.0 points per game for the Bruins. UCLA as a team scored 72.8 points per game, earned 35.0 rebounds per game, and allowed 68.5 points per game to its opposition.

UCLA finished the season with a 12-14-0 record against the spread, while Michigan State was one of the worst cover teams in the country at 9-18-0.

Michigan State opens as a 1.5-point favorite and the total is set at 136. This should be a great game between two different styles, but I have to go with Michigan State here. Izzo has the major coaching advantage in my opinion and Michigan State is the hotter team as well. UCLA is on a four-game losing streak and I think the Spartans make it five. 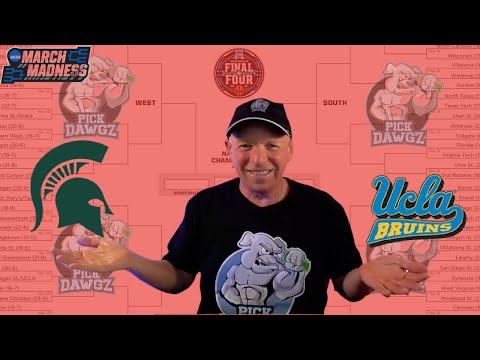