The Texas Southern Tigers and Mount St. Mary’s Mountaineers face off on Thursday in an NCAA Tournament play-in game at Bloomington Assembly Hall. The winner of this game will play against Michigan.

The Texas Southern Tigers come into this game with a 16-8 record overall and coming into this game they have won nine games in a row and they earned this berth by winning the SWAC. In the championship game against Prairie View it was a blowout, as they were able to win 80-61. Texas Southern on the season is averaging 74.8 points per game while their defense is giving up 69.7 points per game. One issue for this offense though is they struggle to shoot from deep hitting only 27.6 percent of his shots from deep. Michael Weathers has been the best player for Texas Southern averaging 16.5 points while shooting 48.8 percent from the field and 28.8 percent from behind the three point line.

On the other side of this matchup is the Mount St. Mary’s Mountaineers who sit with a 12-10 record overall and they were able to win the NEC. Coming into this game, Mount St. Mary’s has won four games in a row, including the championship game against Bryant, a game they won 73-68. Mount St.Mary’s likes to play a slower pace, and on the season they are averaging 63.7 points per game while their defense is giving up 62.3 points per game. The Mountaineers are shooting 42.6 percent from the field and 33.7 percent from behind the three point line.

I expect Mount St. Mary’s is going to slow down the pace in this game, and points are going to be hard to come by in this game. Look for a lower scoring game, and for the under to cash with ease. 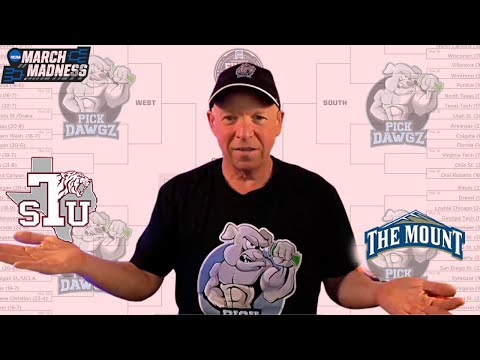