The South Methodist Mustangs will face the Boise State Broncos this Thursday in the first round of the NIT tournament. The two teams did not play during the regular season.

Boise State ended their season with four straight losses, leading to them missing cut for the NCAA tournament. They will settle for the NIT, and look to bounce back against SMU. Last time out the Broncos lost 89-82 to the Nevada Wolf Pack to get knocked out of the Mountain West Tournament semifinals. Boise State shot 51% from the field, 38.9% from beyond the arc. The Broncos got to the line often, going 23-30 from the stripe. They assisted on 12 of their 26 makes. Devonair Doutrive led the team with 17 points and 10 rebounds. The Broncos were outrebounded 37-30 by the Wolf Pack. Boise State is averaging 76.2 points per game and allowing 66.3 to their opponents. Derrick Alston Jr. leads the team with 17.4 points per game.

SMU had a long delay before their first AAC tournament game, and it showed. The Mustangs could not find a rhythm offensively, and fell 74-71 to the Cincinnati Bearcats. The Mustangs shot 35.9% from the field, and 33.3% from three. They assisted on 11 of their 23 makes in the game. Kendrick Davis led the team with 35 points. SMU coughed the ball up 20 times, and were outrebounded 40-37 by the Bearcats. The Mustangs are averaging 74.1 points per game and giving up 67.1 to their opponents. Kendrick Davis leads the team with 18.8 points and 7.4 assists per game.

Both of these teams ended the season on a down note after starting with some hope of a tournament birth. Boise State ended the year with four straight losses, but they were competitive games against some good competition. SMU has had a season filled with postponements, and has underwhelmed when playing top competition. Boise State has been the more consistent team, so I am going to back them here. Give me the Broncos to cover. 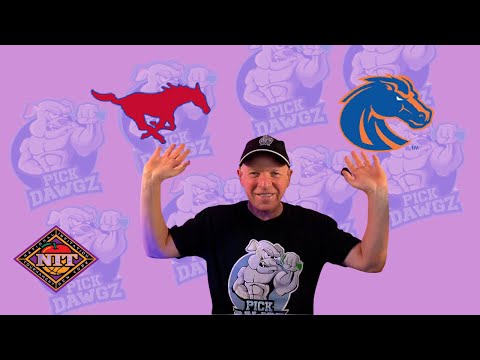