The Norfolk State Spartans and Appalachian State Mountaineers will square off at Simon Skjodt Assembly Hall this Thursday in the NCAA Championship in a First Four game in the West Region.

The 16-seed Norfolk State Spartans finished their regular season with an overall record of 16-7 and earned at trip to the NCAA Tournament after securing an automatic bid from winning the MEAC Championship. Norfolk State played well down the stretch as they won 5 of their last 6 regular season games and was able secure the MEAC Championship after defeating the Morgan State Bears, 71-63, this past Saturday. Norfolk State was outstanding defensively against Morgan State and had no trouble securing the victory after taking a 56-40 lead with 13:06 left in the 2nd half. Norfolk State shot 42.4% from the field and 30.4% from beyond the arc while Morgan State shot 38.6% from the field and 17.6% from beyond the arc. Leading the way for the Spartans was Devante Carter who had 12 points, 7 rebounds, 5 assits, 2 blocks, & 3 steals.

Defensively, Norfolk State is allowing their opponents to average 69.2 ppg on 40.4% shooting from the field. The Spartans have a rebound margin of 0.8 and a turnover margin of 2.5.

The 16-seed Appalachian State Mountaineers finished their regular season with an overall record of 17-11 and punched their ticket into the NCAA Tournament after getting an automatic bid by winning the Sub Belt Championship. Appalachian State came into the Sun Belt Championship losing 6 of their last 7 regular season games, however, the Mountaineers got hot at the right time as they won 4 games in 4 days, including an 80-73 victory over the Georgia State Panthers in the Championship game on March 8th. Appalachian State was solid defensively against a good Georgia State offense and was able to pull away in the 2nd half after taking a 67-53 lead with 4:43 left in regulation. Appalachian State shot 43.1% from the field and 38.5% from beyond the arc while Georgia State shot 38.7% from the field and 42.9% from beyond the arc. Leading the way for the Mountaineers was Michael Almonacy who had 32 points, 7 rebounds, 2 assists, & 2 steals.

Defensively, Appalachian State is holding their opponents to an average of 64.5 ppg on 42.1% shooting from the field. The Mountaineers has a rebound margin of 0.8 and a turnover margin of 2.4.

Norfolk State played well down the stretch and was led by their offense that ranks 80th in scoring offense & 30th in 3P-FG%, however, I think the Spartans are going to run into some trouble offensively against an Appalachian State team that has been led by their defense which ranks 38th in scoring defense, 57th in turnover margin, & 108th in defensive FG%. Appalachian State was impressive knocking off Texas State, Coastal Carolina, & Georgia State in the Sun Belt Championship and as I think their recent success continues into the NCAA Tournament, I think the play here is to take the Mountaineers to cover this small spread. Good Luck! 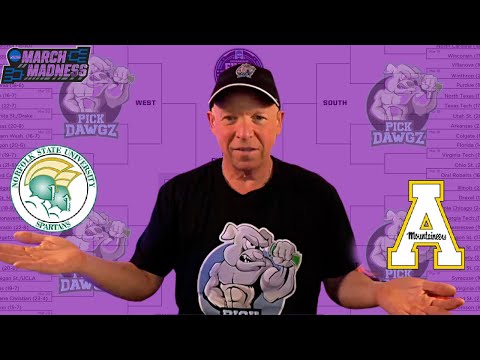