The Wichita State Shockers and Drake Bulldogs face off on Thursday in the NCAA Tournament first four at Lucas Oil Stadium. The winner of this game will face off with the USC.

The Drake Bulldogs were sweating out their NCAA Tournament berth, but their name was called and now they play in this first four game. Drake comes into this game with a 25-4 record overall and that’s even more impressive considering their injury issues. Drake made it all the way to the Conference Championship game before losing to Loyola Chicago. Drake on the season is averaging 77,4 points per game while their defense is giving up 64.7 points per game. Drake is shooting 49.4 percent from the field which is 13th in all of college basketball. One problem for this Drake team is they are without star player ShanQuan Hemphill who suffered a broken foot and is out for this game. The top player available for this game is Joseph Yesufu who is averaging 12.1 points while shooting 58.7 percent from the field

On the other side of this matchup is the Wichita State Shockers who sit with a 16-5 record overall and wer also sweating out their fate on selection Sunday. The Shockers had won nine games in a row before being upset on Saturday by Cincinnati by a point. Wichita State on the season is averaging 71.9 points per game while their defense is giving up 69.3 points per game. In that last game the Shockers offense could only manage 59 points. Guard Tyson Etienne has been the best player for Wichita State averaging 17 points while shooting 37.9 percent from the field and 39.9 percent from behind the three point line.

There seems to be something special about this Drake team, even though they have dealt with injuries they continued to win games. Look,for Drake to be scrappy again and that will lead to the Bulldogs coming away with a cover of the spread. 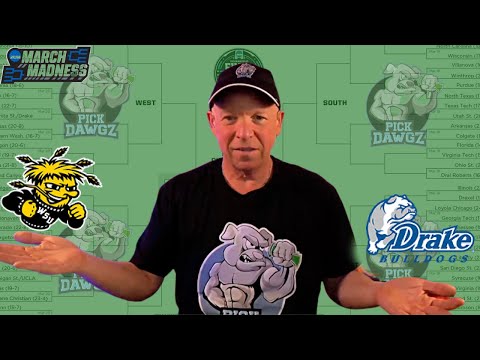