The Illinois Fighting Illini won the only meeting this season, but it was a back and forth contest with a lot of offense. Illinois is the better team here overall, but Iowa is so good offensively and has probably the player of the year, it's hard to turn down free points. This will be the sixth time this season Iowa is an underdog, and the Hawkeyes only lose in the underdog role by an average of 1.3 points. Illinois is probably the rightful favorite, but I want the points with Iowa. 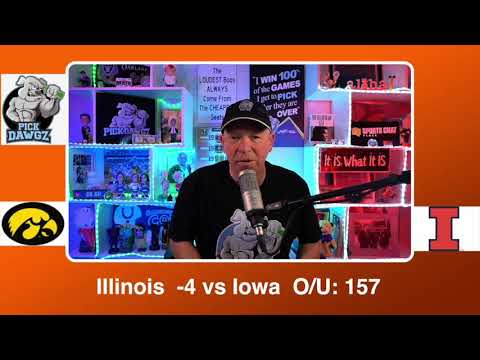