The Cincinnati Bearcats and Wichita State Shockers will square off at Dickies Arena in the Semifinals of the AAC Championship this Saturday afternoon.

Defensively, Cincinnati was allowing their opponents to average 71.9 ppg on 43.6% shooting from the field. The Bearcats had a rebound margin of 1.6 and a turnover margin of -1.2.

Defensively, Wichita State was allowing their opponents to average 67.8 ppg on 40.1% shooting from the field. The Shockers had a rebound margin of -0.7 and a turnover margin of 1.3.

Cincinnati played well against SMU, however, this is just not a very good Bearcats team this season as Cincinnati comes into this game ranked just 208th in scoring offense & 219th in scoring defense. Wichita State comes into this game on a 9-game winning streak, which includes an impressive 68-63 victory against Houston, and has been solid on both ends of the court this season, ranking 123rd in scoring offense, 103rd in scoring defense, & 26th in defensive FG%. Wichita State had no trouble taking care of business against Cincinnati earlier this season in a game that was nowhere near as close as the final score (82-76) and as I think the Shockers defense will give Cincinnati some trouble, I’m taking Wichita State to cover this spread. Good Luck! 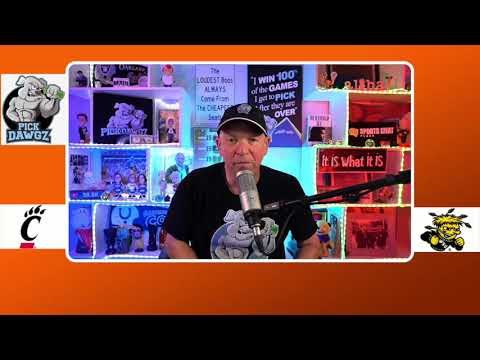