The Wisconsin Badgers and Iowa Hawkeyes face off on Friday in a college basketball showdown at Lucas Oil Stadium.

This is a very strong Iowa team but there are still some big questions about how they are going to do this March. Overall Iowa sits with a 20-7 record overall and coming into this game they have won three games in a row. In the last game against Wisconsin, the offense was strong putting up 77 points and that led to the victory. Iowa on the season is averaging 85 points per game while their defense is giving up 72.1 points per game. Iowa is shooting 47.4 percent from the field and 39.6 percent from behind the three point line. Luka Garza has been the best player for Iowa averaging 23.8 points while shooting 55 percent from the field. One big question for this team is the status of Joe Wieskamp who is dealing with an ankle injury and is questionable for this game

Wisconsin almost blew it against and Iowa is going to take advantage. Look for Iowa to get out to a fast start with the offense and that will be the difference in this game. Back Iowa against the spread. 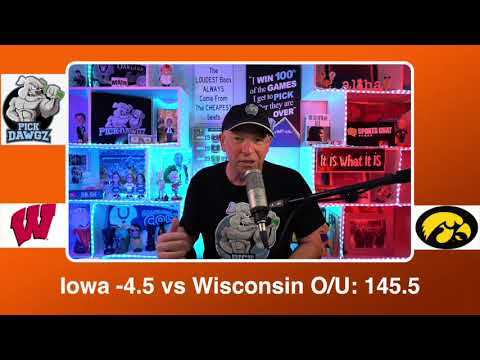