The Ole Miss Rebels and the LSU Tigers face off on Friday in a college basketball showdown at Bridgestone Arena.

The LSU TIgers haven’t gotten as much attention as they probably deserve with how much success they have had so far this season. LSU currently sits with a 16-8 record overall and they have lost two games in a row. Inthe last game against Missouri, the offense was elite putting up 86 points, and that led to a six point victory. LSU on the season is averaging 82.7 points per game while their defense is giving up 75.4 points per game. LSU wants to push the pace and run up the score, Guard Cameron Thomas has been the best player for LSU averaging 23.1 points while shooting 41.6 percent from the field and 30.5 percent from behind the three point line.

LSU has zero interest in playing defense and that is going to be the case again in this one. Look for both teams to run up the score, and there will be very little defense by either side. Back the over to cash. 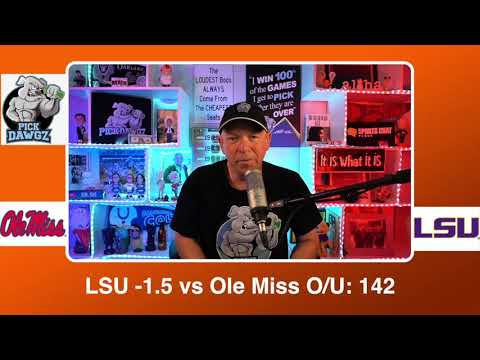