The Ohio State Buckeyes and Purdue Boilermakers face off on Friday in a college basketball showdown at Lucas Oil Stadium.

The Purdue Boilermakers will be playing their first game in the Big Ten tournament and the hope is their legs will be well rested in this game. Coming into this one, Purdue has won five games in a row including the last game against Indiana, a game they won 67-58. Purdue on the season is averaging 70.8 points per game while their defense is giving up 65.5 points per game. Purdue is shooting 45.2 percent from behind the three point and 33.5 percent from behind the three point line. Forward Trevion Williams has been the best player for Purdue averaging 15.2 points while shooting 52.8 percent from the field. Guard Jaden Ivey also had a big game putting up 10 points while shooting 39.2 percent from the field and 22.1 percent from deep.

On the other side of this matchup is the Ohio State Buckeyes who won their first game of the Big Ten tournament against the Minnesota Golden Gophers. They were up double digits most of the game, but late in the game they almost blew it late, but held off late to win 75-70. Before beating Minnesota, Ohio State had lost four straight games, and the way the last game ended can’t give them a whole lot of confidence. Ohio State on the season is averaging 76.8 points while their defense is giving up 69.9 points per game. In this game the one thing Ohio State can’t do is let their foot off the gas. They seemed to feel comfortable against Minnesota but late they almost blew it, that isn’t something that can happen again.

Purdue is the better team and they are going to have no issue getting the job done in this game . Look for Ohio State’s defense to struggle again and that will be the difference as Purdue gets the job done. Back Purdue against the spread. 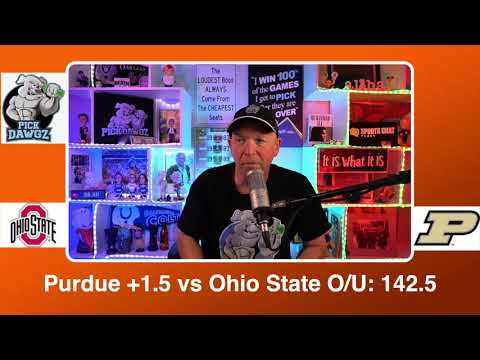