The Maryland Terrapins and MIchigan Wolverines face off on Friday in a college basketball showdown at Lucas Oil Stadium.

These two teams faced off once this year and it was MIchigan that was able to come away with the 87-63 victory.

The Maryland Terrapins come into this game with a 16-12 record overall and they were able to come away with a big win in their first game of the Big Ten tournament. Maryland fell behind early against MIchigan State but they fought back as the game went on and came away with the 68-57 victory. Maryland was led by Eric Ayala who finished the game with 21 points, nine rebounds, and four assists. Maryland on the season is averaging 67.7 points per game while their defense is giving up 64.7 points per game. Guard Eric Ayala has been the best player for Maryland averaging 14.5 points while shooting 43.8 percent from behind the three point line.

Michigan is the better team and I think they are going to put on a show again in this game. Look for the Wolverines to run up the score, Maryland is going to have no answer, and Michigan is going to get the job done. Back Michigan against the spread. 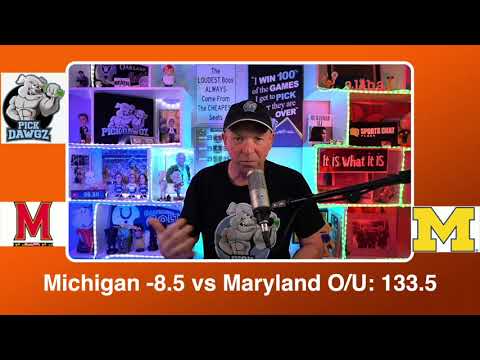