The Florida Gators and Tennessee Volunteers face off on Friday in a college basketball showdown at Bridgestone Arena.

These two teams faced off twice this year and it was the home team that was able to come away with each of the victories.

The Florida Gators had some issues with Vanderbilt in the first game of the season, but were able to come away with the 69-63 victory. Florida had lost two games in a row before they were able to win on Wednesday. Florida on the season is averaging 74.3 points per game while their defense is giving up 69.5 points per game. Guard Tre Mann has been the best player for Florida averaging 15 points while shooting 64.1 percent from the field and 42. Percent from behind the three point line.

On the other side of this matchup is the Tennessee Volunteers who sit with a 17-7 record overall and they have won two of their last three games. That last win was against Florida by 11 points. Tennessee on the season is averaging 72.5 points per game while their defense is giving up 62.7 points per game. Tennessee is shooting 44.3 percent from the field and 33.7 percent from behind the three point line.

Tennessee is the better team and they are going to have no issue getting the job done in this game. Look for Florida’s offense to struggle again and that will lead to the Volunteers coming away with a win and a cover of the spread. 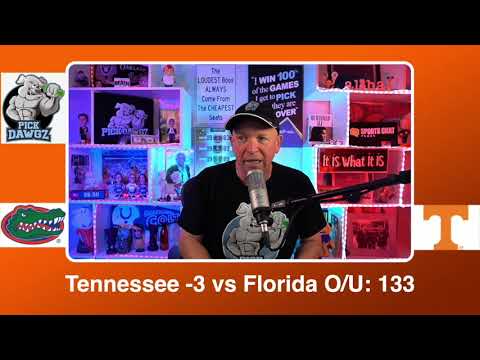