The Cincinnati Bearcats and SMU Mustangs face off on Friday in an AAC college basketball showdown at Dickies Arena.

Cincinnati won the only game between the two teams this year and Cincinnati came away with a 76-69 victory.

The Cincinnati Bearcats come into this game with a 10-10 record overall but coming into this game they have lost two of their last three games. The one win during that stretch was against East Carolina in their last game, a game they were able to score 82 points in. Cincinnati is shooting 69.8 points per game while their defense is giving up 71.9 points per game. The last five games Cincinnati is averaging 76.2 points per game and in this game if they want a win, the offense is going to need to be good. Keith Williams has been the best player for Cincinnati averaging 14.9 points while shooting 40.9 percent from behind the three point line.

On the other side of this matchup is the SMU Mustangs who sit with an 11-4 record overall and coming into this game they have won two games in a row. In the last game against East Carolina the defense locked down giving up only 56 points and that was the difference as they came away with the victory. SMU on the season is averaging 74.3 points per game while their defense is giving up 66.6 points per game. SMU is shooting 45.7 percent from the field and 34 percent from behind the three point line.Guard Kendric Davis has been the best player for this team averaging 17.7 points while shooting 47.1 percent from the field.

Cincinnati know how to beat SMU and they are going to keep this game close. Look for Cincinnati’s offense to be good and that will lead to a cover of the spread. 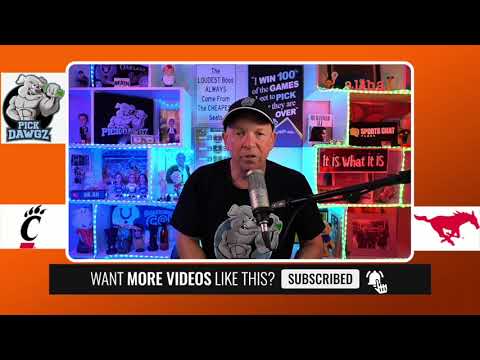