The 20th ranked Texas Tech Red Raiders and 13th ranked Texas Longhorns will square off at the T-Mobile Center in the Quarterfinals of the Big 12 Championship this Thursday night.

The 20th ranked Texas Tech Red Raiders finished their regular season with an overall record of 17-9 and earned the 6-seed in the Big 12 Championship with a conference record of 9-8. Texas Tech had a decent offense this season which currently ranks 124th in scoring offense & 151st in FG%, however, the Red Raiders were once against successful behind their defense that comes into this matchup ranked 25th in scoring defense, 43rd in defensive FG%, & 6th in turnover margin. Texas Tech had an up-and-down season in Big 12 play, however, the Red Raiders do come into this game with some momentum winning 3 of their last 4 games.

Defensively, Texas Tech is holding their opponents to an average of 63.3 ppg on 40.8% shooting from the field. The Red Raiders have a rebound margin of 2.3 and a turnover margin of 5.0.

The 13th ranked Texas Longhorns finished their regular season with an overall record of 17-7 and earned the 3-seed in the Big 12 Championship with a conference record of 11-6. Texas was solid on both ends of the court this season and come into this game ranked 84th in scoring offense, 118th in scoring defense, & 49th in defensive FG%. Texas has a strong start to their conference schedule with wins against Oklahoma State, Kansas, & West Virginia, however, the Longhorns struggled a bit during the 2nd half of season and come into this game losing 5 of their last 11 games.

Defensively, Texas is allowing their opponents to average 68.2 ppg on 40.9% shooting from the field. The Longhorns have a rebound margin of 4.2 and a turnover margin of -1.3.

Texas comes into this game with the better ranking, however, this is a team that lost both games to Texas Tech this season and struggled offensively in their last matchup, scoring just 59 points. Texas Tech has looked like a better offensive team since getting Kevin McCullar back from injury and as I think the Red Raiders defense is going to give Texas some trouble, I am taking the Red Raiders to cover this small spread. Good Luck! 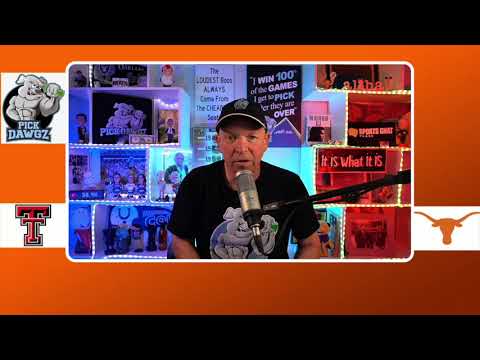