Where to Watch: ESPN SEC Network Stream College Basketball all season on ESPN+. Sign up now!

The South Carolina Gamecocks and Ole Miss Rebels will square off at Bridgestone Arena in the 2nd round of the SEC Tournament this Thursday night.

The South Carolina Gamecocks finished their regular season with an overall record of 6-14 and earned the 11-seed in the SEC Tournament with a 4-12 conference record. South Carolina was led by their offense which comes into this matchup ranked 129th in scoring offense, however, the Gamecocks had trouble picking up victories behind a defense which currently ranks just 324th in scoring defense, 284th in defensive FG%, & t-240th in rebound margin. South Carolina had a decent start to their season with a decent win against Tulsa and a competitive loss at Houston, however, the Gamecocks struggled late in the season, losing 8 of their last 9 games.

Defensively, South Carolina is allowing their opponents to average 79.3 ppg on 46.2% shooting from the field. The Gamecocks have a rebound margin of -1.6 and a turnover margin of 1.6.

The Ole Miss Rebels finished their regular season with an overall record of 15-10 and earned the 6-seed in the SEC Tournament after finishing conference play with a 10-8 record. Old Miss struggled at times on the offensive end this season as they come into this matchup ranked just 244th in scoring offense & 325th in three-pointers made per game, however, the Rebels were able to pick up some solid victories this season behind a defense that currently ranks 24th in scoring defense, 53rd in rebound margin, & 48th in steals per game. Ole Miss struggled a bit at the beginning of conference play, however, the Rebels have played better during the 2nd half of their season as Ole Miss has won 7 of their last 9 games with wins against Tennessee & Missouri (twice).

Defensively, Ole Miss is holding their opponents to an average of 63.1 ppg on 42.2% shooting from the field. The Rebels have a rebound margin of 4.4 and a turnover margin of 2.0. 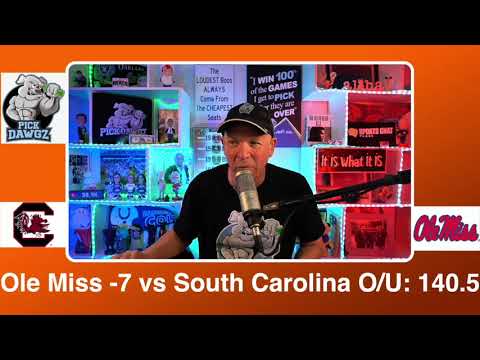