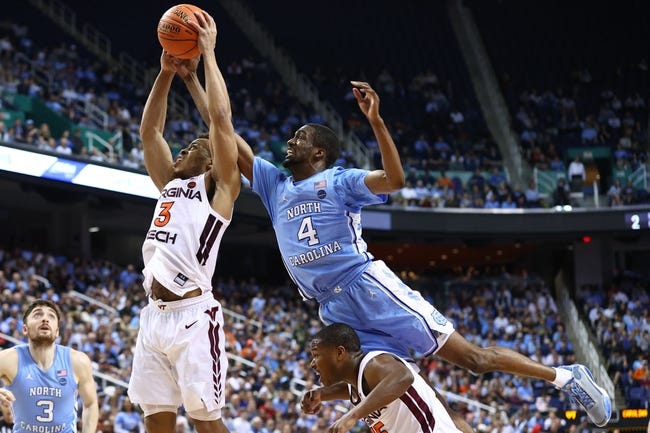 The North Carolina Tar Heels will face the Virginia Tech Hokies in the ACC Tournament Quarterfinal on Thursday. The two teams have yet to face this season due to cancellations.

The Tar Heels head into this Quarterfinal matchup having won 2 in a row. They ended the regular season with a win at home against Duke, then opened the tournament with a 101-59 victory over Notre Dame. UNC shot 50.6% from the field in the game, and 37.5% from deep. The Tar Heels assisted on 19 of their 39 makes. Armando Bacot led the team with a double-double, scoring 20 points and grabbing 13 rebounds. UNC's defense limited the Irish to 31.1% shooting from the field, and dominated the boards 54-31. The Tar Heels are averaging 75.8 points per game, while surrendering 69.3 to the opposition. Armando Bacot leads the team with 12.3 points per game, on 62.6% shooting.

Virginia Tech has not had to play a tournament game yet due to earning a bye in the first two rounds. They ended their regular season going 4-3. In their last game, they cruised to an 84-46 win over Wake Forest. The Hokies shot 53.4% from the field, and 54.2% from deep in the game. They assisted on 19 of their 31 field goals. Keve Aluma led the team with 23 points and 8 rebounds, while shooting an efficient 9-11 from the field. Virginia Tech held Wake Forest to 27.3% shooting, and outrebounded them 39-34. The defense also came away with 9 steals and 10 blocks, leading to a +10 turnover differential. The Hokies are averaging 72.1 points per game, and giving up 64.8 to their opponents. Keve Aluma leads the team with 15.9 points, 7.9 rebounds, and 1.4 blocks per game.

Virginia Tech opens this game as the dog, as UNC has had some convincing wins of late. The Tar Heels however have not faired well against ranked opponents this season, with a 1-3 record S/U and ATS. The Hokies play very good defense, only allowing their opponents to shoot 41% from the field, and are ranked in the top 50 in points allowed. I expect them to rely on that defense to slow down the pace of the game, and limit the Tar Heels opportunities in transition. This will be a close game that could come down to the last possession. Give me Virginia Tech and the points. 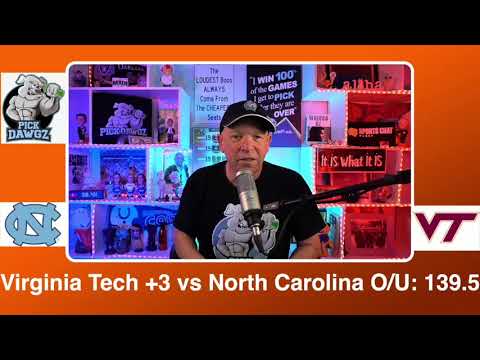