Where to Watch: ESPN SEC Network Stream College Basketball all season on ESPN+. Sign up now!

The Mississippi State Bulldogs and Kentucky Wildcats will square off at Bridgestone Arena in the 2nd round of the SEC Championship this Thursday afternoon in College Basketball action.

The Mississippi State Bulldogs finished their regular season with an overall record of 14-13 and earned the 9-seed in the SEC Championship after finishing conference play with an 8-10 record. Mississippi State was led by their defense that comes into this game ranked 58th in scoring defense, 19th in defensive FG%, & 22nd in blocks per game, however, the Bulldogs did struggle on the offensive end and currently rank just 226th in scoring offense & 319th in three-pointers made per game. Mississippi State’s best victory this season came early in conference play against Missouri, however, the Bulldogs generally had trouble beating the top-tier teams of the SEC and come into this game losing 4 of their last 7 games.

Defensively, Mississippi State is holding their opponents to an average of 65.7 ppg on 39.9% shooting from the field. The Bulldogs have a rebound margin of 6.8 and a turnover margin of -2.6.

The Kentucky Wildcats finished their regular season with an overall record of 9-15 and earned the 8-seed in the SEC Championship after finishing conference play with an 8-9 record. Kentucky was led by their defense that ranks t-168th in scoring offense, 53rd in defensive FG%, & 1st in blocks per game, however, the Wildcats struggled offensively on the season and currently rank just 201st in scoring offense & 277th in FG%. Kentucky got off to a horrible start this season, going just 1-6 in their first seven games, however, the Wildcats looked better down the stretch as they won 4 of their last 6 games with an impressive 15-point win at Tennessee.

Defensively, Kentucky is allowing their opponents to average 70.0 ppg on 41.0% shooting from the field. The Wildcats have a rebound margin of 2.6 and a turnover margin of -1.7.

Mississippi State has a solid defense, however, this is just a team that has struggle to pick up wins against quality opponents, which included a 78-73 (2OT) loss at home against Kentucky earlier this season. Kentucky has a solid defense that I think is going to give Mississippi State trouble and between the fact that the Bulldogs have been awful ATS on a neutral court and that Kentucky started playing some of their best basketball of the season down the stretch, I am taking Kentucky to cover this small spread. Good Luck! 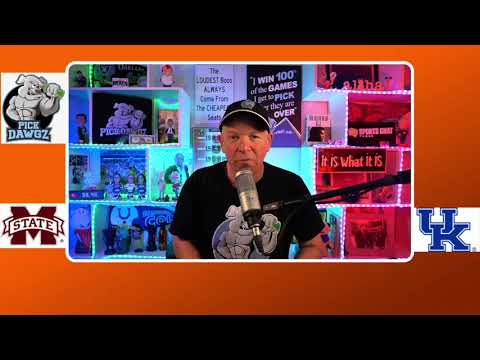