The Michigan State Spartans and Maryland Terrapins face off on Thursday in a college basketball showdown at Lucas Oil Stadium.

These two teams faced off once so far this year and it was Maryland that was able to come away with the 73-55 victory.

On the other side of this matchup is the Maryland Terrapins who sit with a15-12 record overall but they have had a couple of bad losses in a row. Two games ago against Northwestern they were defeated by five points after scoring only 55 points. In the last game against Penn State, they were defeated 66-61. Maryland on the season is averaging 67.7 points per game while their defense is giving up 65 points per game. Maryland is shooting 45.2 percent from the field and 35.2 percent from behind the three point line. Guard Eric Ayala has been the best player for Maryland averaging 14.5 points while shooting 43.8 percent from the field.

Michigan State knows how bad they need this game, and they are going to have a whole lot of confidence heading into this game. Look for Michigan State’s defense to be strong, and that will lead to the Spartans covering this spread. 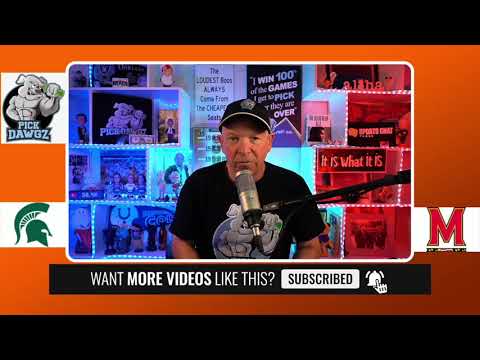