The Indiana Hoosiers and Rutgers Scarlet Knights face off on Thursday in a college basketball showdown at Lucas Oil Stadium.

These two teams faced off twice this year, and Rutgers was able to come away with the victory in each of the games.

The Indiana Hoosiers come into this game with a 12-14 record overall but they have lost five games in a row. Each of the last five games, Indiana has also failed to cover the spread. In the last game against Purdue, the offense scored only 58 points and that led to a nine point victory. Indiana on the season is averaging 70.5 points per game while their defense is giving up 69.7 points per game. Indiana is shooting 43.5 percent from the field and 33.1 percent from behind the three point line. Trayce-Jackson Davis has been the best player for Indiana this season averaging 19.1 points while shooting 51.5 percent from the field.

On the other side of this matchup is the Rutgers Scarlet Knights who sit with a 14-10 record overall and coming into this game they have won two of their last three games. In the last game against Minnesota it took overtime to get the job done, but they were able to win 77-70. Rutgers on the season is averaging 70.4 points per game while their defense is giving up 68.1 points per game. Rutgers is shooting 45.2 percent from the field. Ron Harper Jr has been the best player for Rutgers averaging 15.3 points while shooting 45.6 percent from the field.

Indiana is really struggling in this game and I expect their offense is going to have some big issues in this game. Look for Indiana’s offense to really let them down in this game, and this game will stay under the posted total. 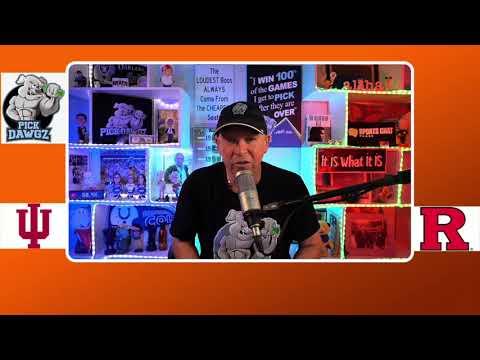