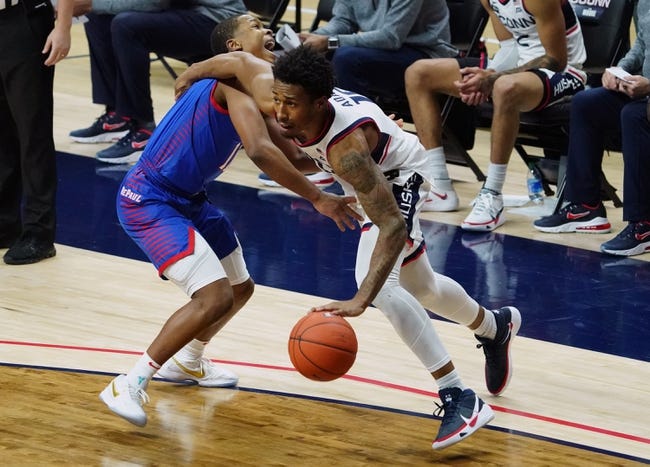 The Connecticut Huskies will be facing the DePaul Blue Demons in the Big East Tournament Quarterfinals. The Huskies won both games played between the two during the regular season.

DePaul comes into this game having won last time out against Providence in the 1st round of the tournament. DePaul shot 46.3% from the field, but only 26.9% from deep and 61.5% from the line. Ball movement was also not up to par, as only 7 of their 25 makes came via assist. Charlie Moore and Javon Freeman-Liberty led the team with 21 points and 7 assists each. DePaul held Providence to 35.1% shooting and 26.9% from beyond the arc. They also outrebounded the Friars 46-35. The Blue Demons are averaging 66.1 points per game, while allowing 70.7 to the opposition. Charlie Moore leads the team with 14.8 points and 4.3 assists per game.

UConn heads into this one having won 4 in a row to end their regular season. Last time out they blew past Georgetown, en route to a 98-82 win at home. The Huskies had their way with the Hoyas defense, shooting 59.3% from the field and 42.9% from deep. They also assisted on 22 of their 35 makes. James Bouknight led the team with 21 points, while R.J. Cole ran the show, dishing out 8 assists in the game. The other three starters all finished in double figures. The Huskies did not play a lot of defense, allowing the Hoyas to shoot 46.6% from the field and 8-18 from three. For the year, Connecticut is averaging 72.3 points per game and giving up 65.2 to their opponents. James Bouknight leads the team with 20.2 points per game, but has only played in 12 games due injury.

The Huskies are peaking at the right time, and show no signs of slowing down. Since his return, Bouknight has averaged over 20 points per game, and has led the team in scoring 4 of the last 5 games. The first time these two faced during the regular season, Bouknight played and the Huskies won by 21. I expect this game to go similarly, as DePaul limped into the tournament going 1-5 to end the season. Connecticut is playing their best ball of the year, so I will not fade them here. Give me the Huskies to cruise to a big cover. 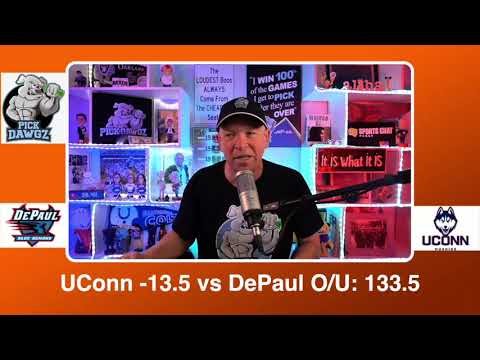