The California Golden Bears and 23rd ranked Colorado Buffaloes will square off at T-Mobile Arena in the Quarterfinals of the Pac-12 Championship this Thursday night.

The California Golden Bears finished their regular season with an 8-19 record and earned the 11-seed in the Pac-12 Championship after finishing conference play with a 3-17 record. California was able to advance to the Quarterfinals after upsetting the 6-seed Stanford Cardinal, 76-58, on Wednesday night. California was outstanding on the offensive end against the Cardinal and was able to pull away in the 2nd half after a 12-0 run gave the Golden Bears a 64-51 lead with 3:05 left in regulation. California shot 53.8% from the field and 52.9% from beyond the arc while Stanford shot 37.7% from the field and 33.3% from beyond the arc. Leading the way for the Golden Bears was Matt Bradley who had 19 points, 6 rebounds, 6 assists, & 1 block.

Defensively, California is allowing their opponents to average 69.5 ppg on 46.7% shooting from the field. The Golden Bears have a rebound margin of -0.7 and a turnover margin of -1.1.

The Colorado Buffaloes finished their regular season with an overall record of 20-7 and earned the 3-seed in the Pac-12 Championship after finishing conference play with a 14-6 record. Colorado had an outstanding season on both ends of the court as the offensive currently ranks 91st in scoring offense, 65th in FG%, & 1st in FT% while defense comes into this matchup ranked 24th in scoring defense & 80th in defensive FG%. Colorado was outstanding at home this season, posting a 11-1 record, however, the Buffaloes at times were inconsistent on the road which include losses to California & Washington.

Defensively, Colorado is holding their opponents to an average of 63.2 ppg on 41.6% shooting from the field. The Buffaloes have a rebound margin of 4.0 and a turnover margin of 2.5.

Colorado is a tough team to beat and should already have their NCAA tournament bid locked up, however, if there is one issue with the Buffaloes, is that they just are very inconsistent when they are away from home. California looked great on the defensive end against Stanford and between the fact that the Golden Bears were able to defeat Colorado earlier and that I think they will get enough offense from Matt Bradley, I think the play here is to take the Golden Bears and the points. Good Luck! 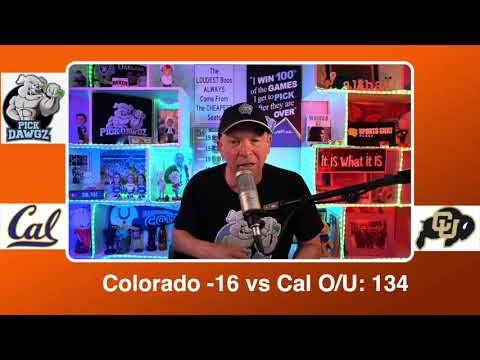