Texas A&M is coming off an 87-80 loss to Arkansas in its last game of the regular season on March 6th on the road. Texas A&M was able to cover the spread and led at halftime of that game, but the Razorbacks were too much for A&M in the end. Texas A&M lost four of its last five games to end the regular season, ending the year with an 8-9 record and a 2-8 conference record. Texas A&M was also 6-11 against the spread this season. Texas A&M's leading scorer so far this season has been F Emanuel Miller, who has scored 15.9 points per game for the Aggies. Texas A&M as a team has scored 64.1 points per game and has shot the ball at a 41.6% clip from the field. Texas A&M has also allowed 66.2 points per game to its opponents as well.

Vanderbilt opens as a 2-point favorite and the total is set at 134.5. Without Disu, Pippen Jr will have to carry his team as he did against Cinncinati. Pippen Jr struggled last game against Ole Miss in limited minutes, which is a bit of a concern. I will take the under, as I think both teams' defense will shine in an otherwise ugly game. 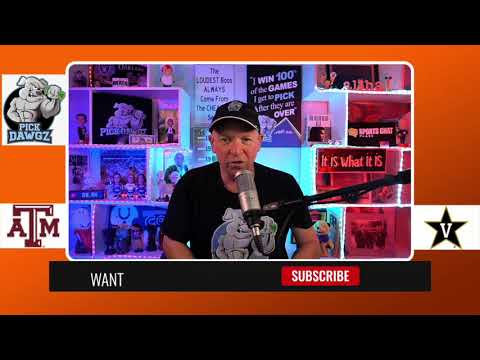