The Miami Hurricanes and Clemson Tigers face off on Wednesday in a college basketball showdown at Greensboro Coliseum.

These two teams faced off twice so far this year and Clemson was able to win both games, but Miami was able to cover the spread.

The Miami Hurricanes come into this game with a 9-16 record overall and they had lost five games in a row before winning the last two games. Miami played on Tuesday in the ACC Tournament against the Pitt Panthers, It was a close game, but Miami was able to pull away late and come away with the victory. Isaiah Wong was the best player for Miami putting up 20 points, four assists, and two rebounds. Miami on the season is averaging 66.4 points per game while their defense is giving up 71.3 points per game. Miami is shooting 41.9 percent from the field and 29.2 percent from behind the three point line.

On the the other side of this matchup is the Clemson Tigers who sit with a 16-6 record overall and coming into this game they have lost six of their last seven games. In the last game against Pittsburgh, the offense was elite putting up 77 points and that led to the victory. Clemson overall this season is averaging 65.4 points per game while their defense is giving up 61.8 points per game. Aamir Simms has been the best player for Clemson averaging 13.2 points while shooting 54.4 percent from the field and 38.8 percent from behind the three point line. In this game for Clemson it’s going to be about the defense locking down again.

Miami has covered the spread each of the two games against Clemson and I expect they will keep this game close. Look for Miami’s offense to be strong and they will come away with a cover of the spread. 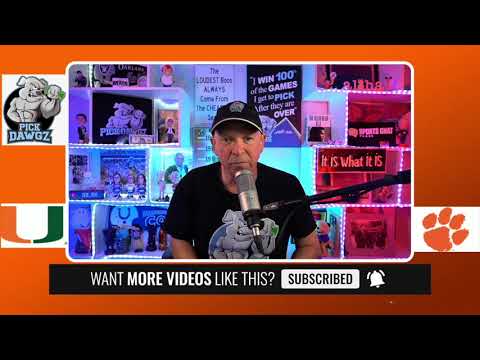