Oklahoma ended its regular season with a 69-65 loss to Texas at home on March 4th. Oklahoma struggled badly to end the regular season, losing four straight games including a bad road loss to Kansas State on February 23rd. Oklahoma is still ranked 25th in the nation but now has to play in the first round of the Big 12 tournament due to its recent losing streak. Oklahoma is also 12-11 against the spread this season. Oklahoma's leading scorer so far this season has been G Austin Reaves, who has scored 17.5 points per game for the Sooners. Oklahoma as a team has scored 75.1 points per game and has shot the ball at a 43.8% clip from the field. Oklahoma has also allowed 69.1 points per game to its opponents as well.

Oklahoma opens as a 12-point favorite and the total is set at 138.5. I do not see Iowa State magnificently winning a conference game all of a sudden, and Oklahoma could use an easy win to get back on track before NCAA Tournament time. This Oklahoma team is also talented enough to make a run in this Conference Tournament as well, and I like the Sooners to win by 15+ here. 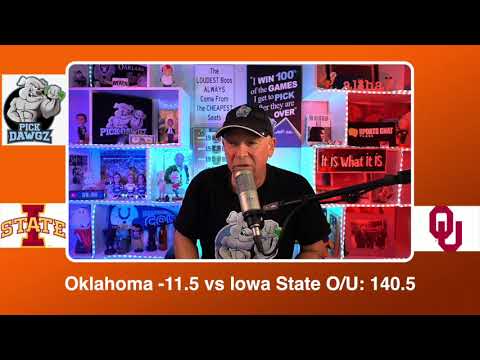