The California Golden Bears and Stanford Cardinal face off on Wednesday in a college basketball showdown at T-Mobile Arena.

The California Golden Bears come into this game with an 8-19 and they have lost four games in a row. Each of the last four games, California has also covered the spread. In the last game against Oregon, Cal only scored 63 points, and that led to an 11 point victory. Cal on the season is shooting 64.5 points per game while their defense is giving up 70,3 points per game. Cal is shooting 42.4 percent from the field and 32.5 percent from behind the three point line. Matt Bradley has been the best player for Cal averaging 18.4 points while shooting 45.5 percent from the field. He has dealt with injuries this year but they are going to need him to be good in this game.

On the other side of this matchup is the Stanford Cardinal who sit with a 14-12 record overall but they have also lost four games in a row. In the last game against USC, the offense could only manage 42 points and that led to the defeat. Stanford on the season is averaging 70.2 points per game while their defense is giving up 69.3 points per game. Stanford is shooting 46.7 percent from the field and 32.1 percent from behind the three point line. The big question for this season is the status of star player Oscar  Da Silva. Da Silva is dealing with a leg injury and he is questionable for this game.On the season he is averaging 18.8 points while shooting 58 percent from the field .

Trusting Stanford laying this many points is scary and I am not going to do it. Look for Cal to get a good game from Bradley and that will keep them close. Back Cal against the spread. 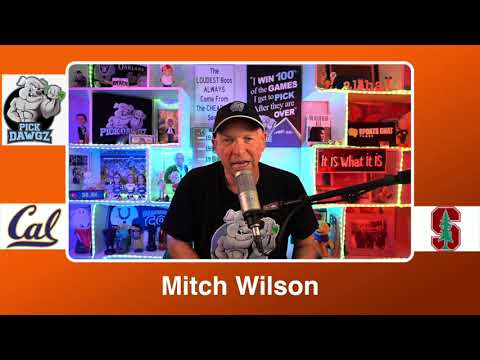