The Butler Bulldogs and Xavier Musketeers face on Wednesday in a college basketball showdown at Madison Square Garden.

On the other side of this matchup is the Xavier Musketeers who sit with a 13-7 record overall but they have lost two games in a row. In the last game against Marquette the offense could only manage 59 points and that led to the defeat. Xavier on the season is averaging 75.1 points per game while their defense is giving up 70.2 points per game. Zach Freemantle has been the best player for Xavier averaging 16.3 points while shooting 51 percent from the field and 32 percent from behind the three point line.

Butler is 5-17 against the spread in the last 23games played between the two teams.

Butler is going to need to slow down the pace to keep this game close and I expect points are going to be hard to come by both teams in this one. Back the under to cash with ease in this game 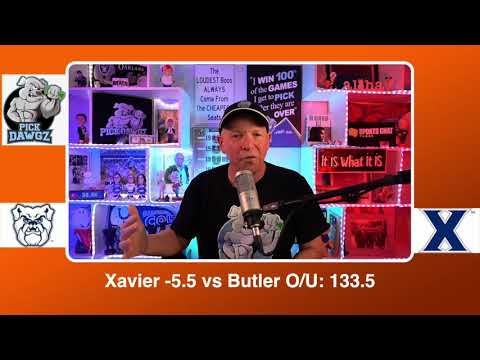