The Oral Roberts Golden Eagles and South Dakota State Jackrabbits face off on Monday in a college basketball showdown at the Sanford Pentagon.

The South Dakota State Jackrabbits have the number one seed in the conference but they need to win this tournament to go dancing. South Dakota State has won two straight games and when they have had success this year it’s been because of the offense. On the season South Dakota State is averaging 80.1 points per game while their defense is giving up 72.7 points per game. At times the offense has been inconsistent and they need it to be better in this game. Forward Douglas Wilson has been the best player for the Jackrabbits averaging 16.6 points while shooting 51.9 percent from the field.

On the other side of this matchup is the Oral Roberts Golden Eagles who had to play on Sunday beating North Dakota to even get to this game. Oral Roberts was leading by ten at halftime and they never looked back as they cruised to the victory. Oral Roberts was led by guard Max Abams who finished the game with 22 points. Coming into this game Oral Roberts has won three games in a row and each of the last two games it’s been the defense that has stepped up. Max Abams has been the best player for Oral Roberts averaging 24.7 points while shooting 48.8 percent from the field. 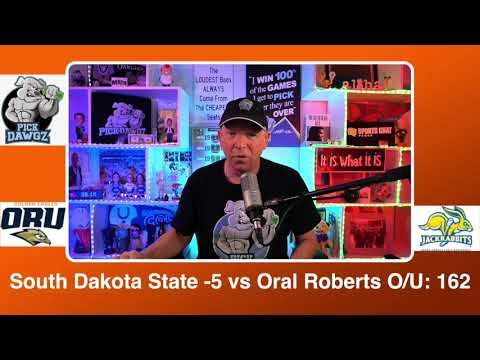