The Hofstra Pride and Elon Phoenix face off on Monday in a college basketball CAA tournament game at the Atlantic Union Bank Center.

The Elon Phoenix have to feel good coming into this game, but they can’t be too confident heading into the game. Elon sits with a 9-8 record overall but they are getting hot at the right time having won six games in a row. In the last game against James Madison, it was a big second half outscoring their opponent by 11, and that was enough to come away with the victory. Elon on the season is averaging 65.3 points per game while their defense is giving up 65.2 points per game. Guard Hunter Mcintosh has been the best player for Elon averaging 15.3 points while shooting 50 percent from the field but only 20 percent from behind the three point line.

On the other side of this matchup is the Hofstra Pride who sit with a 13-9 record overall but they had lost two games in a row before winning their last game against Delaware on Sunday. Against Delaware, the offense was the difference scoring 73 points and that led to an eight point victory. On the season, Delaware is averaging 73.9 points per game while their defense is giving up 72.9 points per game. This is a team that doesn’t have a strong defense which puts extra pressure on the offense to find success. Guard Jalen Ray has been the best player for Hofstra so far this season averaging 18.6 points while shooting 42.1 percent from the field and 36.7 percent from behind the three point line.

Elon seems to be a team of destiny and they have gotten through their toughest test in the conference tournament. Look for Elon's offense to be good and that will lead to the Phoenix coming away with a cover of the spread. 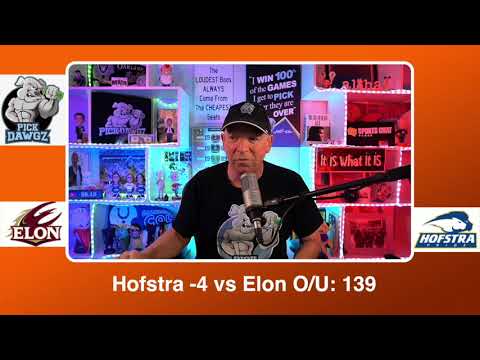